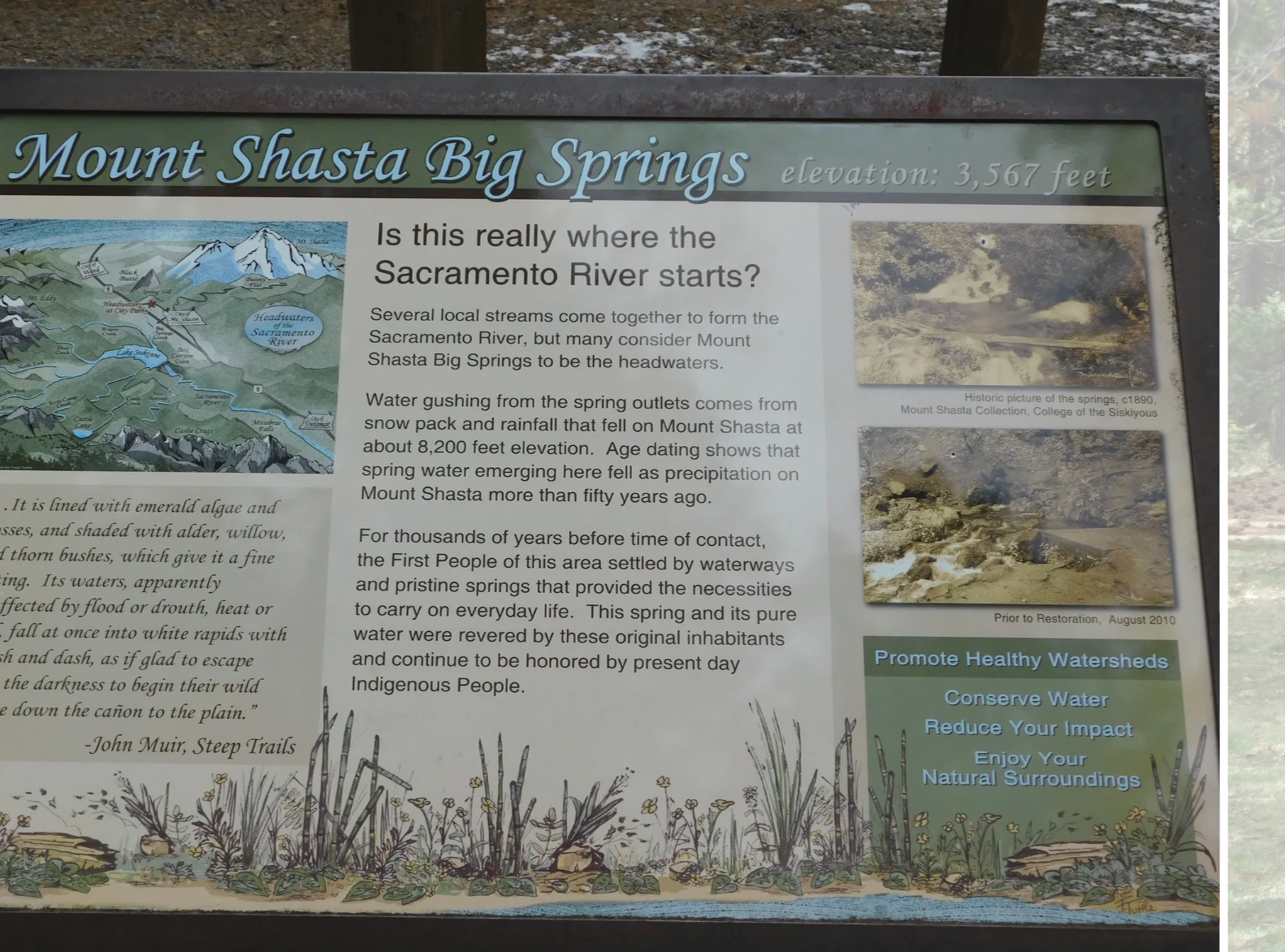 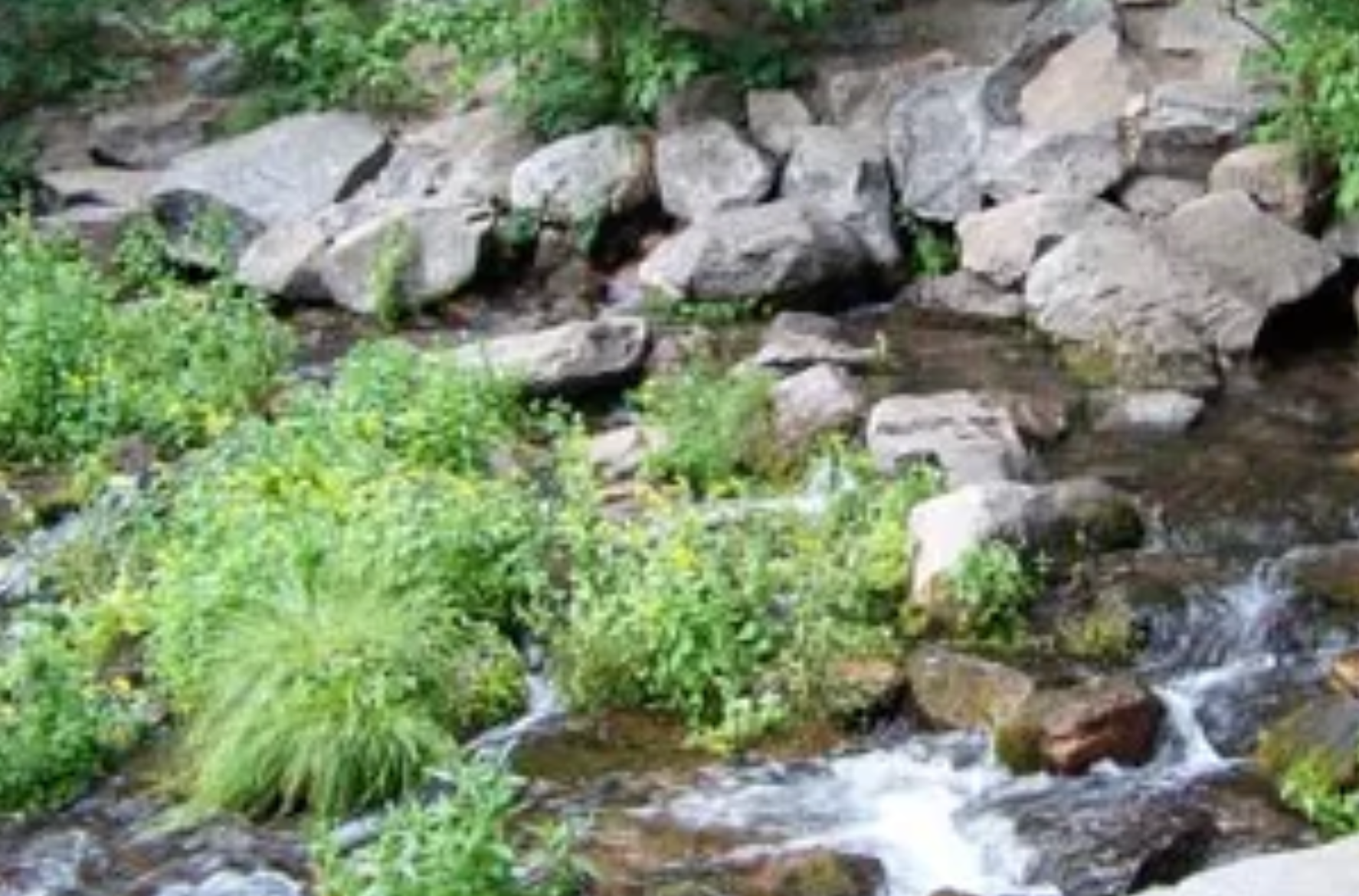 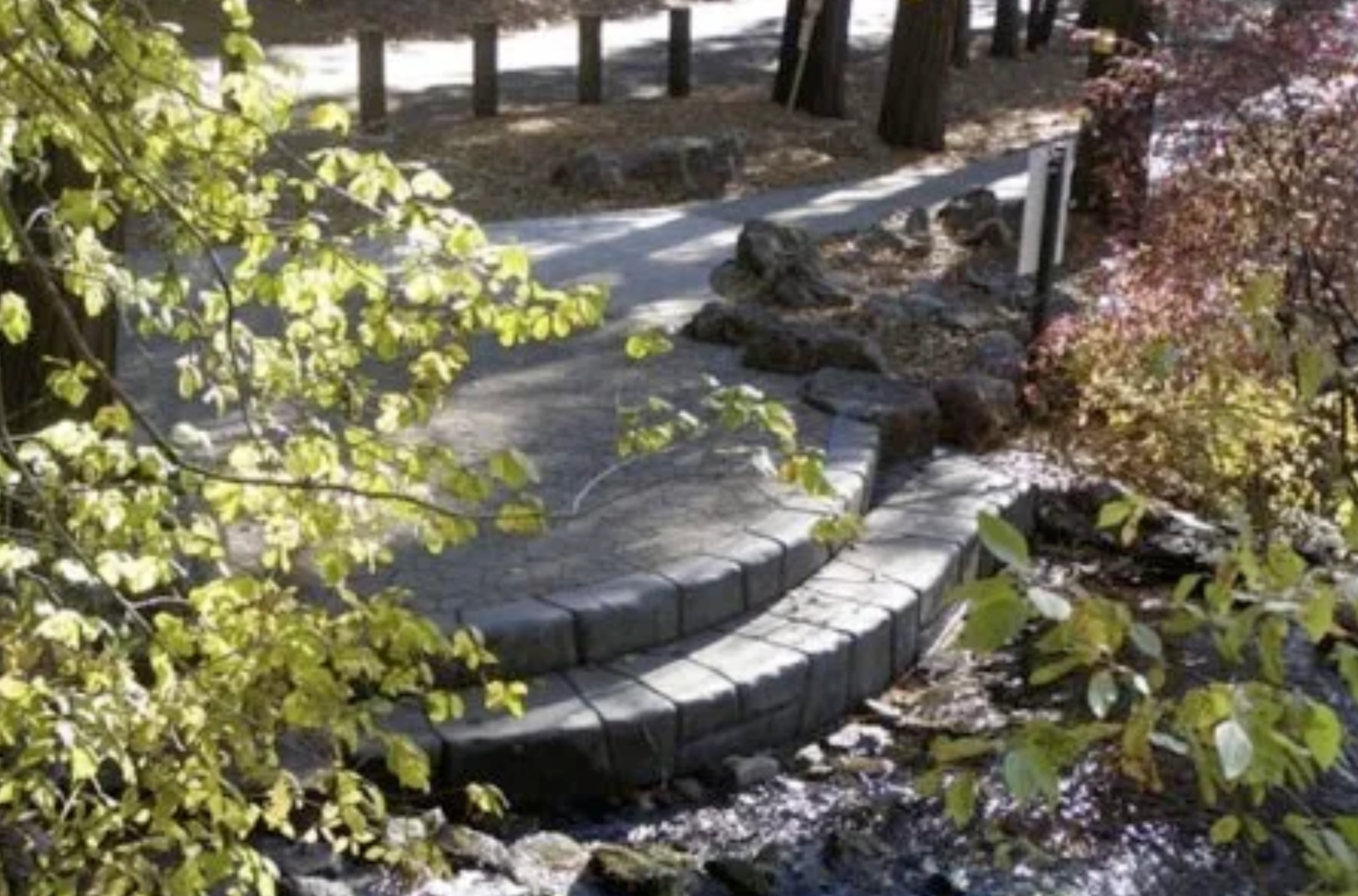 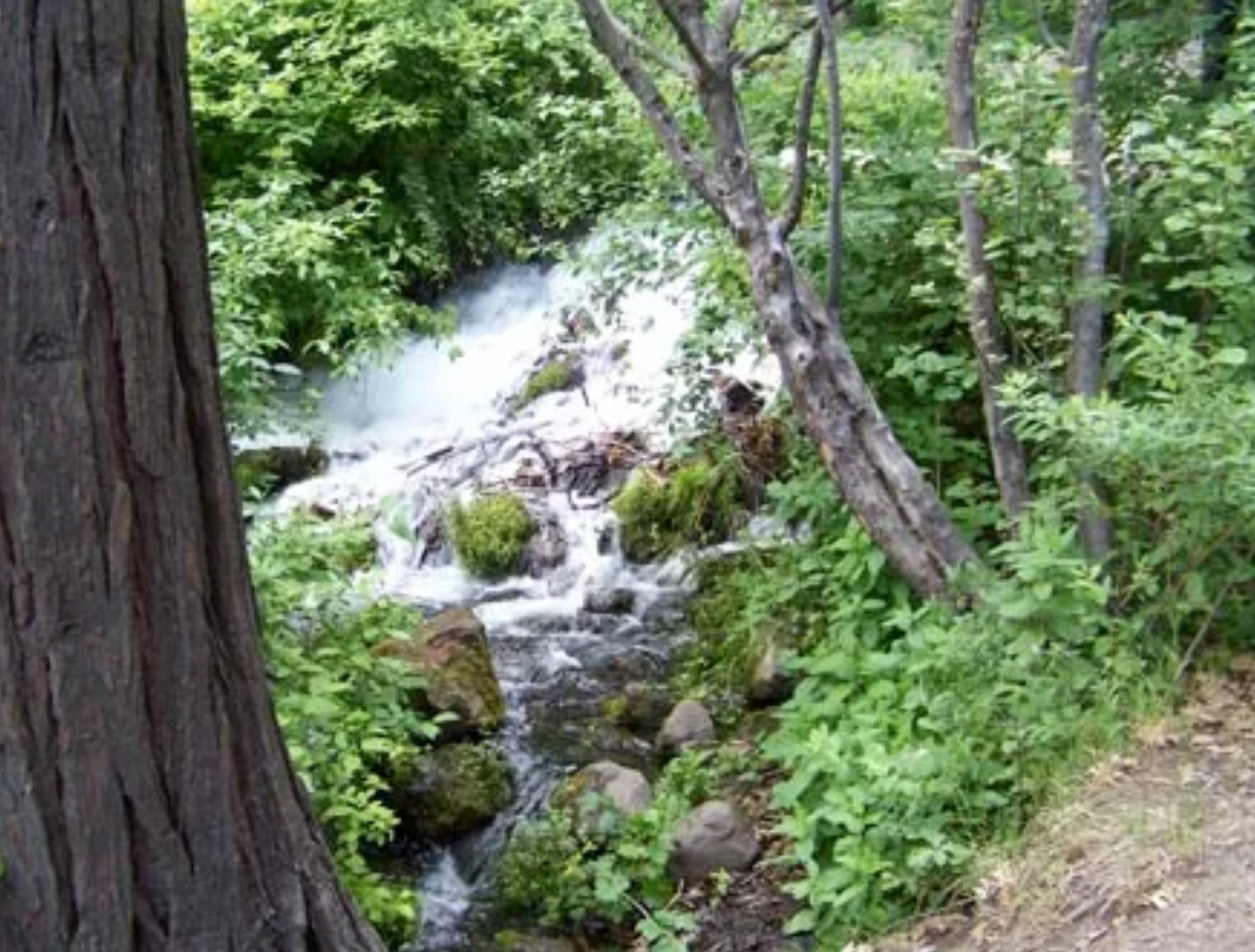 The beautiful spring located at the base of Spring Hill in the Mt. Shasta City Park is known as the headwaters of the Upper Sacramento River (though other branches of the mighty Sacramento reach even further into the wilderness). A viewing patio, benches and pathways make this amazing spring a favorite spot for locals and visitors alike.

The land, which ultimately became the Mt. Shasta City Park, was once part of the hunting ground for the Wintun, Maidu, and Okwanuchu Indian tribes and was first crossed by explorers around 1841. Big Springs, designated as the location of the headwaters of the Sacramento River, once contained a water-wheel and was the city’s first source of energy (1901) for generating power to light the local community. The crystal clear water flowing through the park begins its journey high on the snow-covered peaks of majestic Mt. Shasta, flowing through underground lava tubes until finally gushing forth into daylight at the City Park’s headwaters area. Along it’s journey out of the park the water flows through the Mt. Shasta Fish Hatchery, feeds into Lake Siskiyou, plunging over the Box Canyon Dam as it reaches it’s final destination, the Sacramento River. The Headwaters Area is well-known as a local historical point of interest attracting hundreds of curious sight-seers each year.

In recent years has stabilized the hillside above the spring with boulders and native plants.  The area has gradually returned to its natural health and beauty.  A paved pathway leads down from the spring and along the creek through the park, while two footbridges give access to wetlands, trails and more springs to the north.

A great story about the Headwaters Spring is Where does the water go? at the Mt. Shasta Herald website!