One mile north of downtown Mt. Shasta, the City Park is home to the Recreation & Parks District Headquarters as well as the famous Headwaters of the Upper Sacramento River. Park facilities include scenic picnic areas, a playground, and public buildings. Many of the buildings onsite are available for rental and to host events throughout the year.

Before Mt. Shasta City Park was developed, the land provided hunting grounds for the Wintun, Okwanuchu, and Maidu Native American tribes until 1841 when the land was first discovered by outside explorers. In 1901, "Big Springs" was fixed with a water wheel that provided Mt. Shasta City with its first source of energy. It supplied a small amount of electricity used for street lights. From 1920-1943 the park property was used by California State University, Chico, as the summer campus for the Teacher's College. The park buildings still in use today originated from this time. In 1947, California State University, Chico, deeded the park property to Mt. Shasta City and in 2005 the city gave the property to the Mt. Shasta Recreation and Parks District. Today the City Park facilities are used for a variety of community events and programs.

This park is a popular recreation facility featuring: 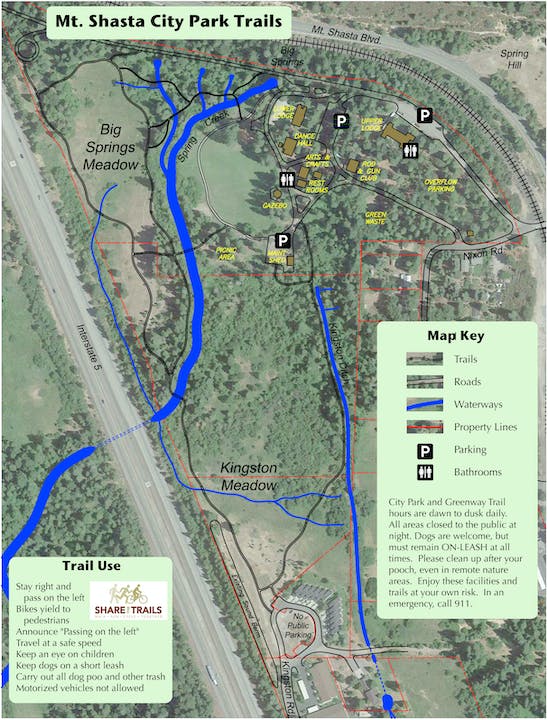 The Nature Trails of the Mt.Shasta City Park will take you for a stroll along Big Springs Creek. Here you'll find native plants, local wildlife and some of the largest trees in the park.  If you would like to extend the walk you are able to access additional trails on neighboring properties owned by the Siskiyou Land Trust and Crystal Geyser. 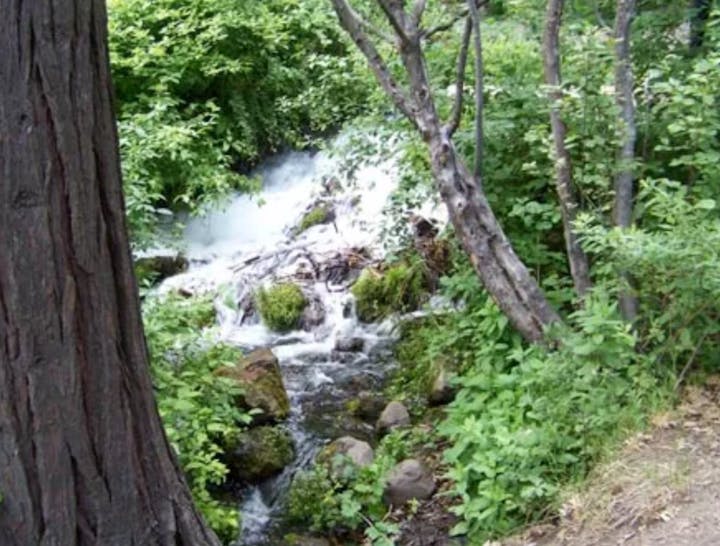 The beautiful spring located at the base of Spring Hill in the Mt. Shasta City Park is known as the headwaters of the Upper Sacramento River (though other branches of the mighty Sacramento reach even further into the wilderness). A viewing patio, benches and pathways make this amazing spring a favorite spot for locals and visitors alike. 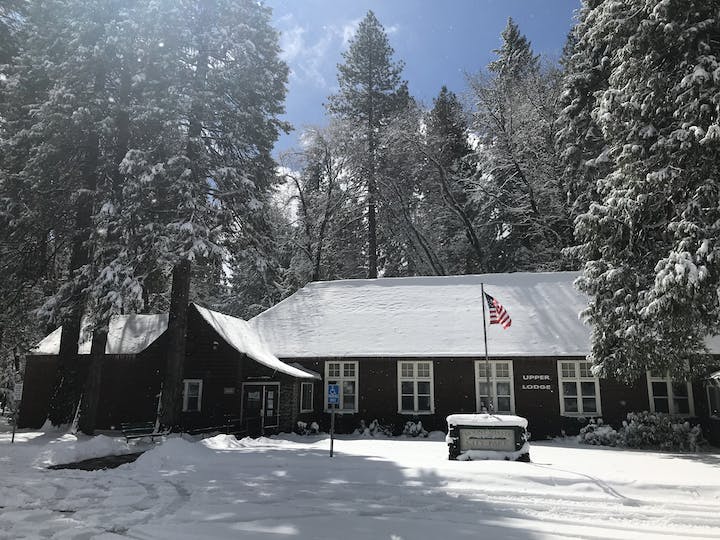 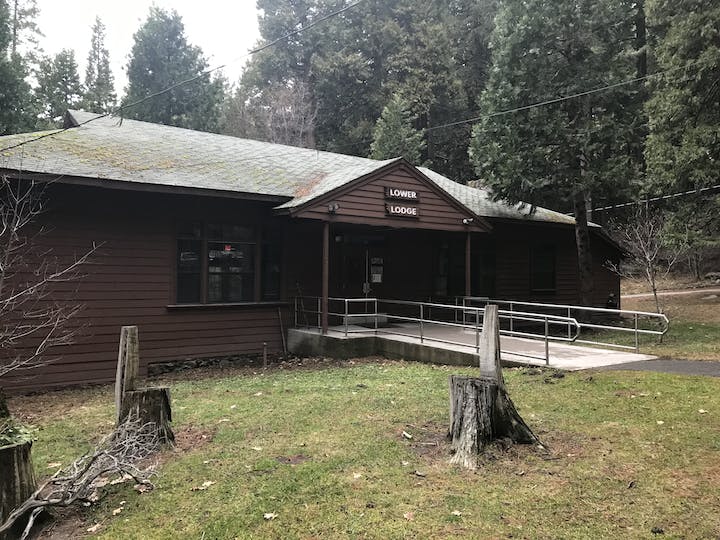 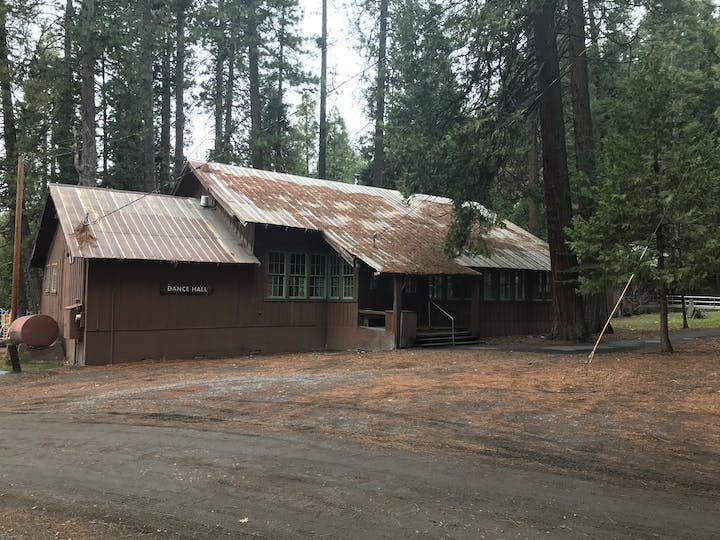 Currently Under Construction- estimated completion date to be posted soon. 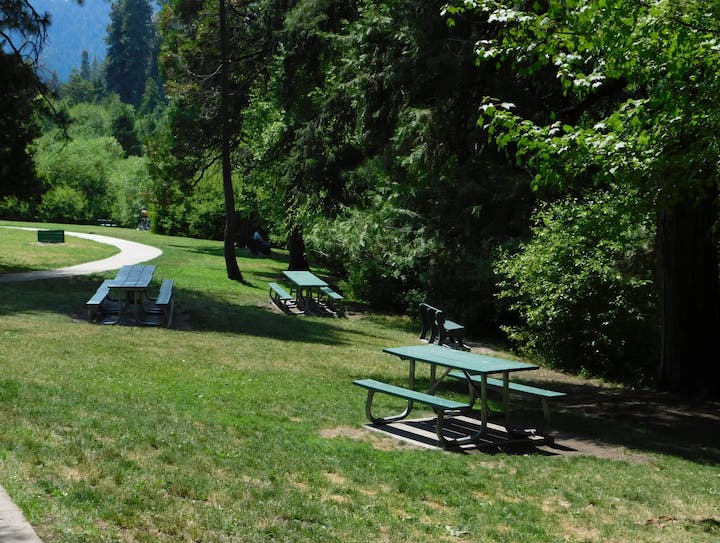 This picnic area provides a picturesque backdrop of native trees and ferns. Enjoy a peaceful serenade from the Headwaters stream as it winds its way through the City Park. 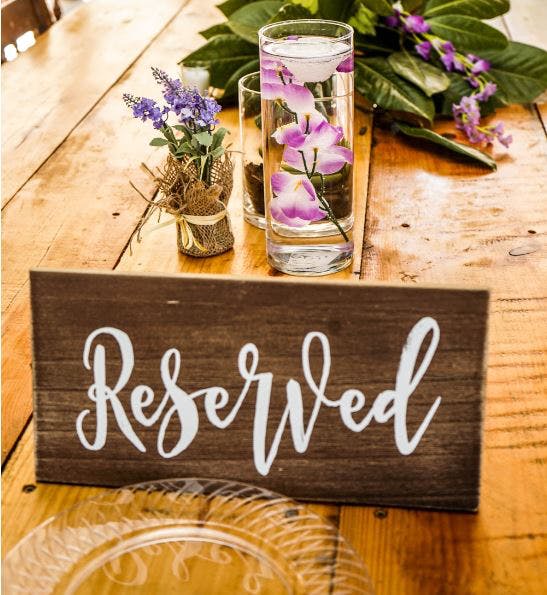 Rent our facilities for Private Parties, Workshops or Public Events